We have already introduced Tottori as a “Manga Kingdom” but it also has traditional tour spots. Especially, sand dune in Tottori is very famous, so here is an article about sand dune and Sand Museum.

In the picture below, sand dune really looks like a planet in Star Wars ! I went there with French tourists and we were walking toward so called “horse back”, the highest area in the dune. We were lucky enough to see the “oasis”, small pond made by rain (it doesn’t always appear). Behind the horse back, you can notice the sea, so actually sand dune was formed by wind and tide. You also see in the following picture, what is called Fumon (wind pattern), a kind of wave pattern naturally made by wind. I really felt this patterns are so mysterious. 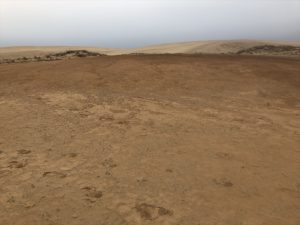 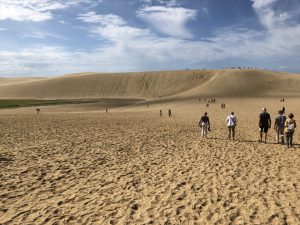 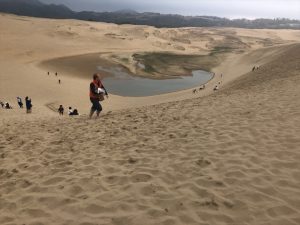 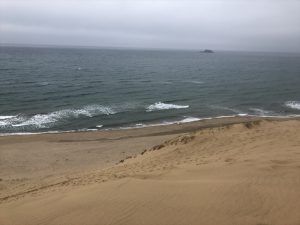 Now, let me show you the Sand Musem, a very rare and unique museum focused on the sand art. There are many works of art mad by artists coming from different countries. They are all based on exhibition’s theme changing each time. The theme at that time was the Nordic countries. Artworks were incredibly detailed even if some of them were huge ! (please compare the size of visitors and artworks) 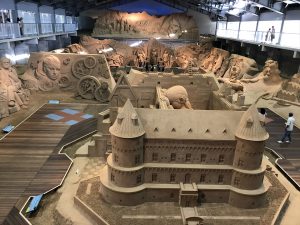 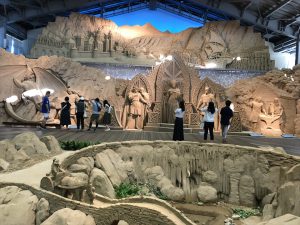 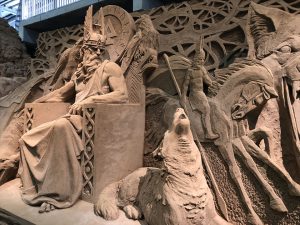